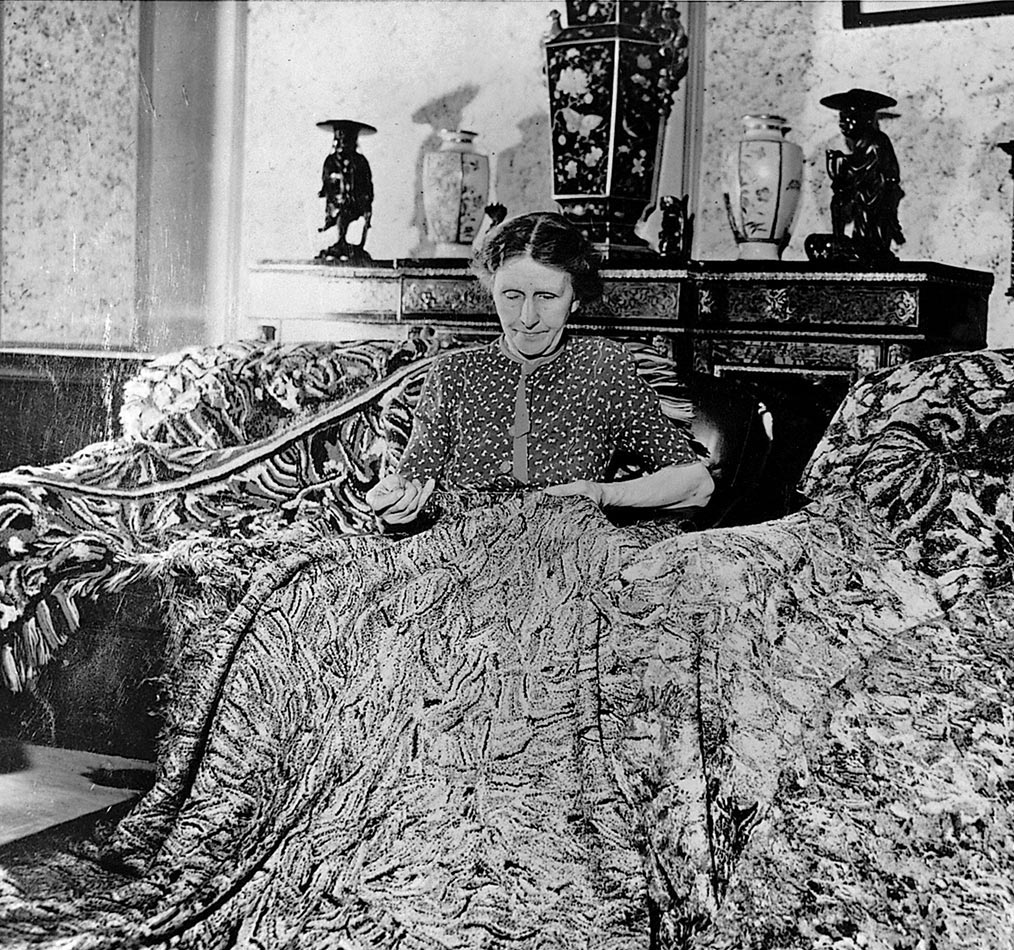 Madge Gill, born Maude Ethel Eades, endured a displaced childhood in the East End of what is now Greater London. Embarrassed by her illegitimacy, her mother, aunt, and grandfather first hid her existence and then sent her to an orphanage at Barkingside at age nine. Five years later the orphanage sent her to work as a domestic servant on farms in Ontario, Canada.

In 1903, she returned to London and became a nurse at Whipps Cross Hospital in Leytonstone. She moved in with another aunt, who initiated her interest in spiritualism. Gill would later say that a spirit called Myrninerest, whom she first encountered in 1920, guided her drawings, which typically featured female figures in 1920s garb enmeshed in intricately patterned, spatially complex planes. At the age of twenty-five, she married her cousin, a stockbroker named Thomas Edwin Gill. The couple had three sons, one of whom died of influenza in 1918. When she bore a stillborn daughter in 1919, she became very ill and lost sight in her left eye. She started trying different art forms later that year: first knitting, then writing, and finally large drawings on cloth. Gill was also a painter, pianist, embroiderer, and craftsperson. Her ink drawings feature vigorous marks, often weaving together stairs and checkerboards. She worked in various scales, from small postcards to large rolls of calico, some more than thirty feet long. She died in London, leaving her work to her local borough. 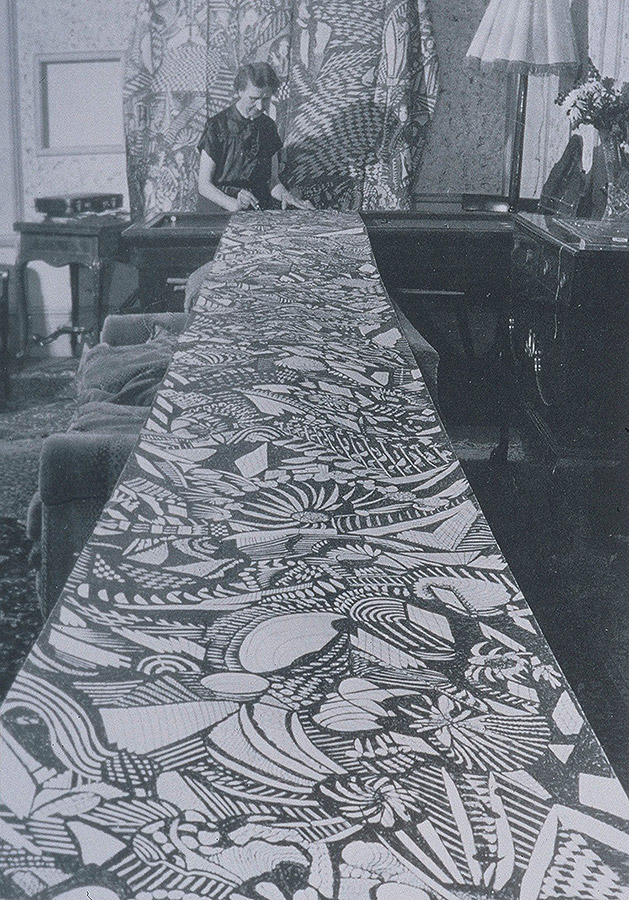 Working in her studio 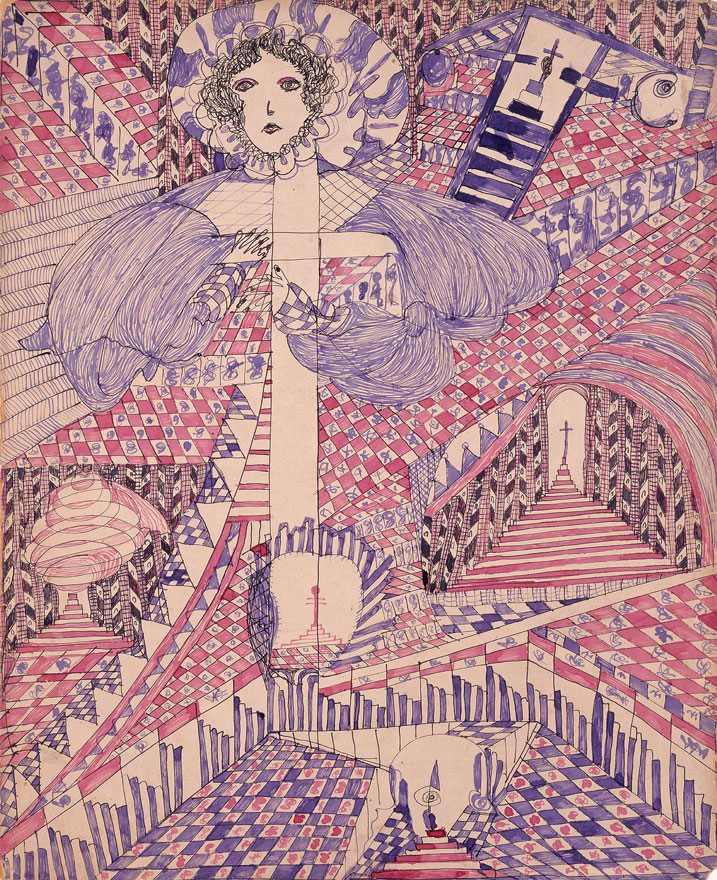 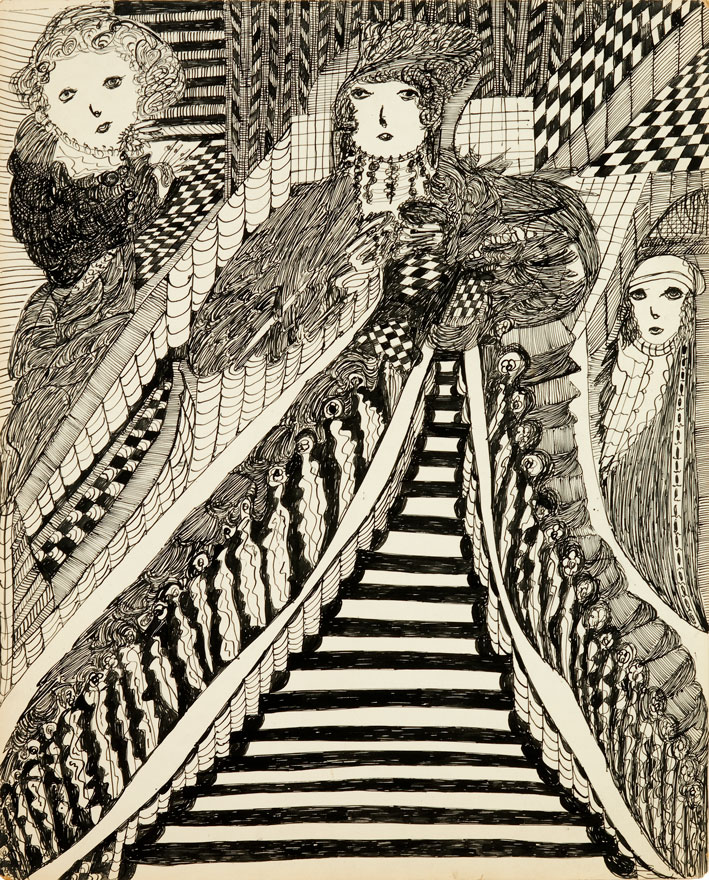 Pen and ink on board