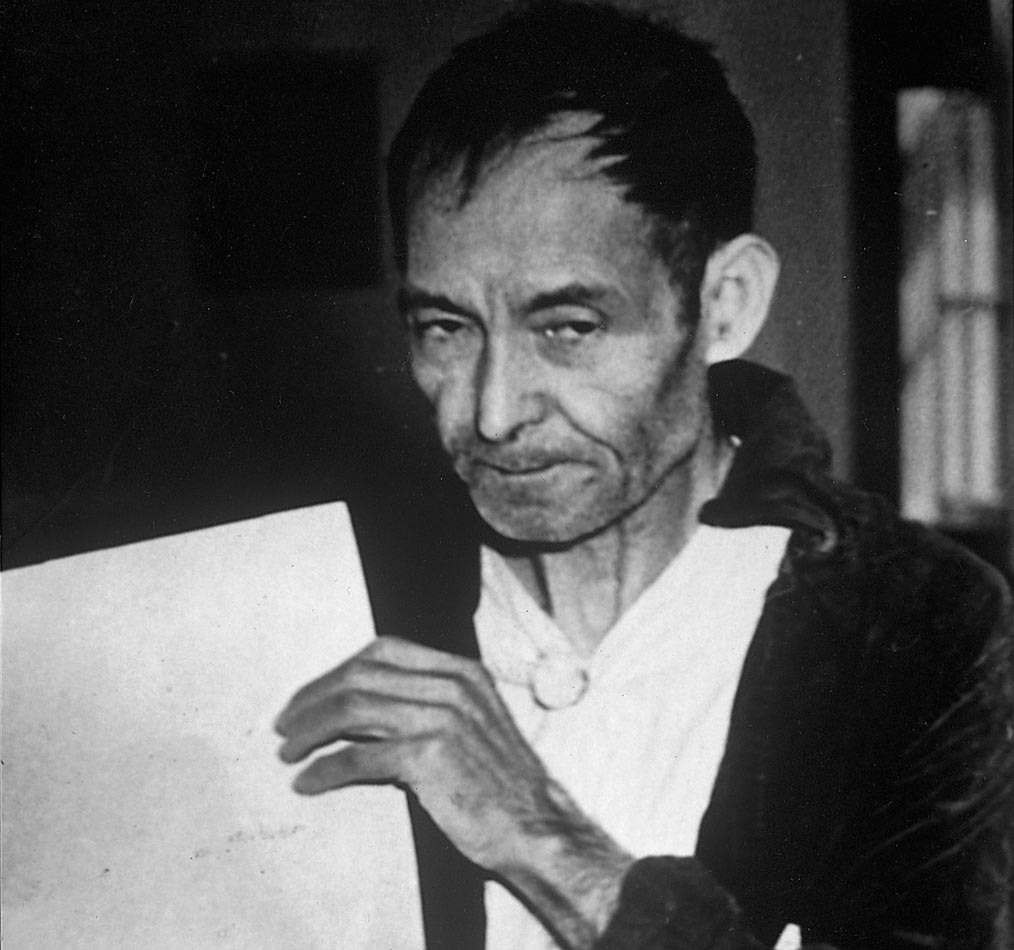 The folk art of his native Mexico, the Madonnas carved in the church near where he grew up, and the gun-toting horseback riders of the West animate Martín Ramírez’s 440 known drawings and collages.

Ramírez was born in Jalisco, Mexico. He worked as a rancher and laundry cleaner before he immigrated to the United States from Tepatitlan, Mexico, in 1925 in order to find work and send money home to his wife and four children to pay off his purchase of a small farm. In Northern California, he worked for six years on railroads and in mines, and these experiences would shape in his drawings.

In 1931 Los Angeles authorities picked him up for vagrancy. Distressed by his misfortunes and unable to speak English, he was misdiagnosed as demented and interned in the Stockton State Hospital in Stockton, California. In 1948 he was moved into the tuberculosis ward at DeWitt State Hospital in Auburn, California, where he continued to live and make art until his death.

Tarmo Pasto, an artist and visiting professor from Sacramento State College who was researching creativity and psychology, started collecting Ramírez’s work in 1949. Incredibly inventive with materials available at the hospital, Ramírez drew on examining-table paper, brown paper bags, cups, and book pages he glued together with a paste made of potatoes and saliva and collaged with pictures from magazines. He used a tongue depressor as a straightedge. Pasto started bringing him materials such as graphite, colored pencil, and crayon. Ramírez melted the crayon on a radiator and applied it, like paint, with a matchstick to create rugged lines. He emphasized the perspective created by the many parallel lines that he composed by directing viewers on where to stand. Following a retrospective of Ramírez’s work at the American Folk Art Museum in 2007, descendants of a doctor at DeWitt brought forward more than 120 previously unknown drawings. 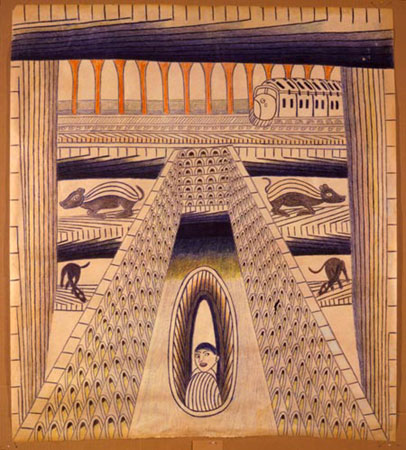