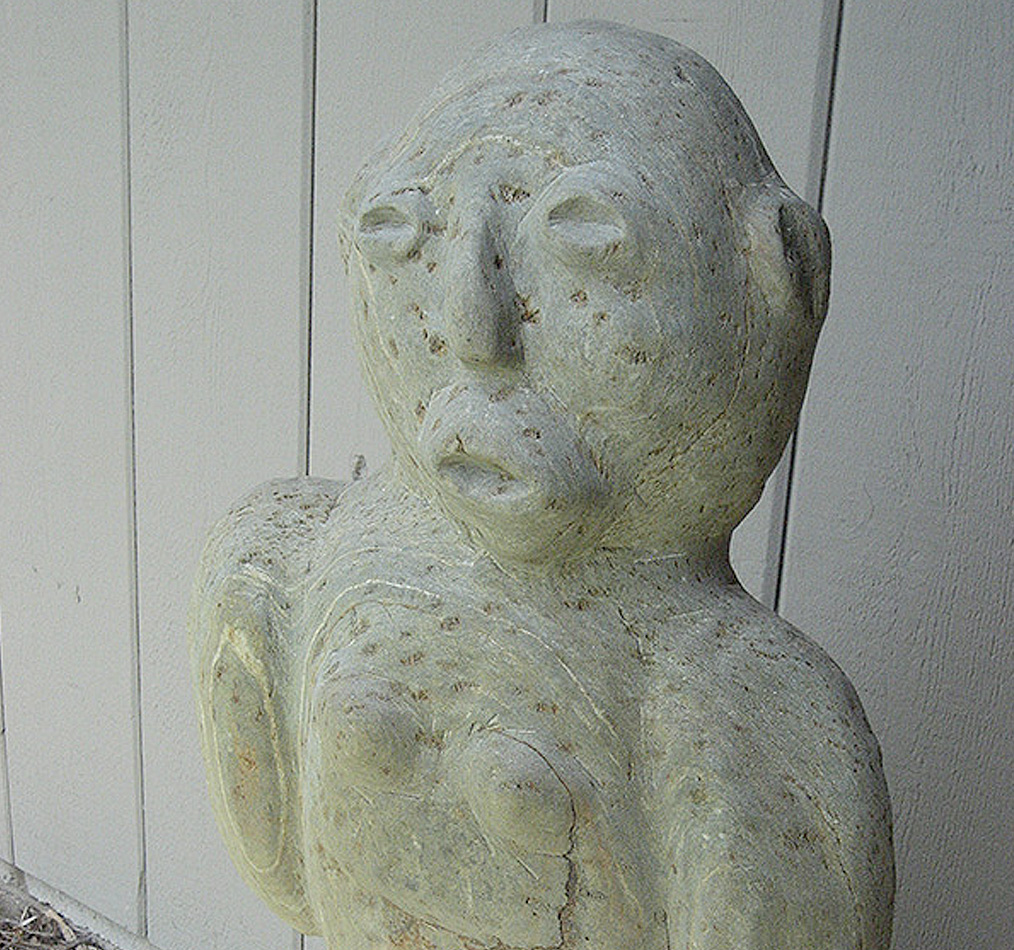 A prominent folk carver of the twentieth century, worked most actively in the 1970s and 1980s. He is known for his bas-relief sculptures made from soft, river stone as well as his carvings in the round in stone and wood of animals and human figures. He lived on a small farm near Pilot Mountain, North Carolina, with his wife of more than sixty years, Ruby King. When asked how old he was, Coins would give his age but would always add that Ruby was one year older.Coins’s family, Scottish-American tenant farmers in Stuart, Virginia for generations, moved to North Carolina when he was seven. He attended school until the fifth grade. He worked all his life raising field crops and tobacco, and as a tobacco warehouseman.

In 1968 he began making imitation Native American tomahawks and arrowheads from local stone, and sold them inexpensively. His ability and imagination led him to create larger and more complex sculptures in stone and wood.Much of Coins’s work was inspired by his religious beliefs as well as his visionary experiences in the Rock House Primitive Baptist Church, which he joined in 1917and where he later became a deacon. Additionally, his dreams, which he could remember for many years, were another source of inspiration. He re-created them in bas-relief carvings using local gray or blue river stone. These carvings are often about thirty inches high, quite heavy in weight, and each refers to a specific dream or vision that Coins had experienced. In one of these “dream” carvings, Coins painted the top half to represent a storm, with accompanying high winds. Below the storm are two figures carved in relief, both self-portraits; one is cutting wheat with a scythe while the other, with arms outstretched, marvels at the power of God.

Coins’s carried human figures have a primitive simplicity. The eyes and mouths of the figures are rounded and bulging, and they are bald, as was the artist, from an early age. He produced figures of angels, “baby dolls,” Adam and Eve, and crucifixions, and also carved many animal figures (frogs, bears, dogs, sheep, buffalo, and deer) in wood and stone in a solid and powerful minimalist style.Coins generally used cedar for his woodcarving, and followed the natural configuration of the wood when he carved. Some works are almost life-size, including hisself-portrait as well as a portrait he made of his wife. The artist carved continually with his ax, chisel, and sander, often working on several pieces at the same time. He said that time did not count when he was carving.Coins thought of himself as a little boy who never “growed up” and was “amazed” by what he created. He died on June 4, 1998, in Winston-Salem, North Carolina.His carvings, made from a religious and visionary stimulus, have established him as a folk artist of major importance. 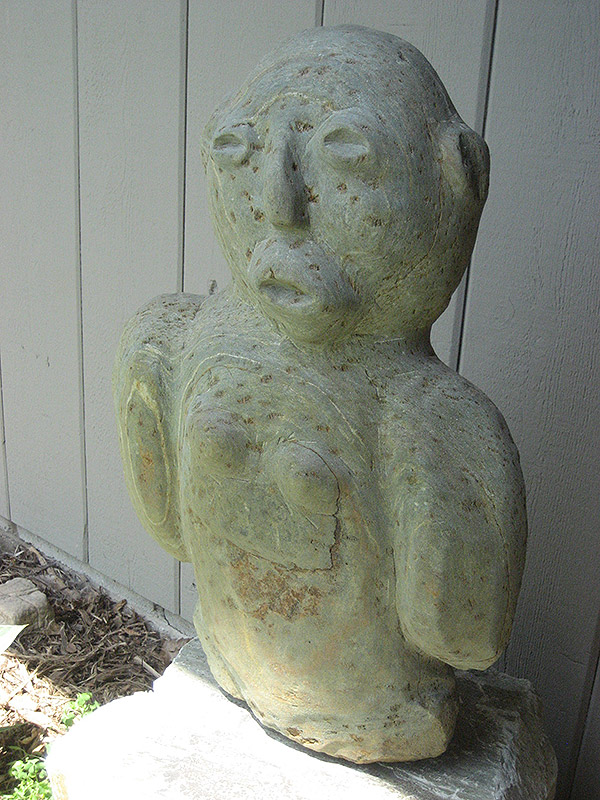 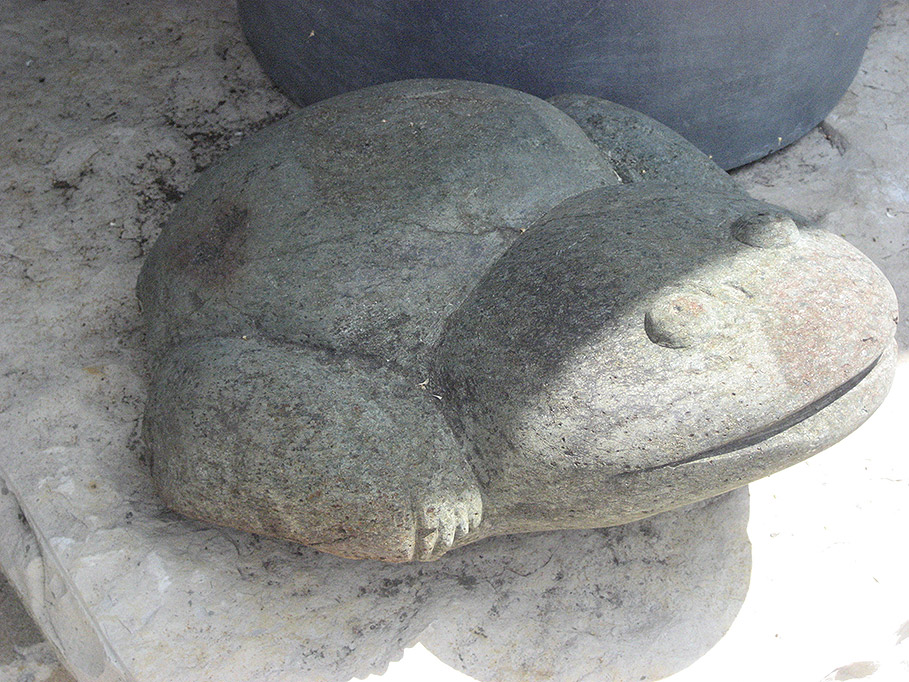